KARACHI (Reuters) - Pakistan has agreed with the International Monetary Fund (IMF) on a $7.6 billion emergency loan to stave off a balance of payments crisis and pave the way for a broader economic rescue plan.

The IMF said on Saturday its executive board was expected to meet shortly on the 23-month standby credit, after IMF staff and Pakistan agreed on a reform program.

"This support is part of a broader package that includes financing from other multilateral institutions and regional development banks," IMF Managing Director Dominique Strauss-Kahn said in a statement.

The international community is concerned that an economic meltdown in the nuclear-armed state could play into the hands of al Qaeda and allied Islamist militant groups seeking to destabilize the Muslim nation of 170 million.

The eight-month-old civilian government is banking on good will toward Pakistan during its transition to democracy after more than eight years under former army chief Pervez Musharraf, who quit as president in August to avoid impeachment.

World leaders were meeting in Washington at the weekend to discuss the worst global economic turmoil since the 1930s and consider reforms to world financial institutions such as the IMF.

Shaukat Tarin, the recently appointed adviser to the prime minister, said the formalities should be concluded next week.

"We are expecting it this month," he told a news conference in Karachi when asked when the first tranche might arrive.

"We have requested IMF to give as much as they can."

The interest rate on the credit facility would vary between 3.51 and 4.51 percent with changes according to market conditions, and would be payable between fiscal 2011/12 and 2015/16, Tarin said.

The IMF did not disclose details. But it said the credit under its emergency funding facility would be tied to Pakistani economic reforms, including higher official interest rates and tighter fiscal policies, plus a well-funded social safety net to protect the poor.

Pakistan expects the World Bank and other lenders to step forward with several billion dollars of additional loans, and steadfast ally China to pitch in with $500 million. But other multilateral lenders and friendly governments were waiting for the IMF accord before acting, in order to bring some discipline to Pakistan's economic management, analysts said.

Other potential donors are gathering in Abu Dhabi on Monday for a "Friends of Pakistan" conference.

State Bank of Pakistan Governor Shamshad Akhtar said the IMF money would be used to build up the central bank's foreign currency reserves, which Tarin said should be equivalent to more than three months import cover.

The central bank's reserves stood at $3.5 billion on November 8, equivalent to just nine weeks worth of imports, and Pakistan faced defaulting on international debt obligations in February next year unless it received a multi-billion dollar infusion.  Continued...

Nov. 15 (Bloomberg) -- Pakistan agreed to a $7.6 billion loan package with the International Monetary Fund, to help the south Asian country avert defaulting on its debt with the first such program in four years.

The loan ``will be used for the balance of payments and to build our foreign reserves,'' Shaukat Tarin, the finance adviser to the prime minister, said today at a televised news conference in Karachi. The IMF will give the loan in installments over 23 months at interest rate of 3.5 percent to 4.5 percent, he said.

Pakistan has been forced to seek funds from the IMF after its foreign-exchange reserves shrank 75 percent in the past year to $3.5 billion last week, the equivalent of one month's imports, and a group of donor nations declined to provide funds.

``The IMF loan will help in stabilizing the economy only if the government shows the political will to implement the Fund's program,'' said Samiullah Tariq, head of research at InvestCapital & Securities Ltd. in Karachi. Pakistan's civilian governments from 1988 to 1999 did not complete seven separate IMF loan programs because of ``tough'' IMF conditions, he said.

``The IMF didn't give us any condition different from our economic stabilization program,'' Tarin said. ``The IMF counseled us to increase the key interest rate to curb inflation,'' he said.

The State Bank of Pakistan, the nation's central bank, increased itsbenchmark interest rate by 2 percentage points, the most in more than a decade, to 15 percent on Nov. 12, citing inflation that reached a 30-year high in October.

The full conditions attached to an IMF loan are generally released when it's approved by the Fund's board.

Pakistan's economic crisis mounted after the Pakistan Peoples Party-led government, which came to power in March, was paralyzed for almost six months because of political wrangling. The rupee in October plunged to an all-time low and the balance of payments deficit in the three months of the fiscal year started July 1 widened to $3.95 billion, from $2.27 billion a year earlier. The deficit reached a record $14 billion last year.

Standard & Poor's yesterday cut Pakistan's debt rating to CCC from CCC+, the lowest level in 10 years, citing the risk of a default on external debt payments of $3 billion due in the next 12 months.

Pakistan's economy has ``deteriorated significantly'' and growth may slow to a six-year low, the IMF said in an Oct. 20 report. Growth is likely to weaken to 3.5 percent in the fiscal year to June 30 from 5.8 percent last year, the IMF said. The government forecasts Pakistan's economy will expand 5.5 percent in the fiscal year.

Pakistan expects to get the ``maximum'' amount of funds upfront from the IMF to meet $3.5 billion to $4.5 billion of needs this fiscal year, Tarin said. The country may receive the first IMF installment this month, he said.

The IMF loan ``will give confidence to investors, and it will help us in seeking more aid from friendly countries and other lenders'' such as the World Bank and Asian Development Bank, he said. ``The `Friends of Pakistan' group wanted us to get IMF endorsement for our economic program.''

Pakistan is also likely to seek financial support from the `Friends of Pakistan' group, which is due to meet on Nov. 17 in the United Arab Emirates. The group, which was established last month to help Pakistan stabilize its economy, includes the U.S., U.K., China and Saudi Arabia. 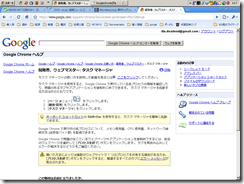